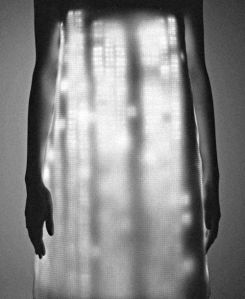 When does the soul take wing leaving this life, and how long does it take to travel to the next realm?  These are questions that have preoccupied me since Laura’s passing. In movies death is usually portrayed as happening in a finger snap.  Even the gravely ill succumb in an instant; the head droops, the eyes flicker shut, the mouth falls open and the breath is cut. Watching this, you would think the soul must be jet propelled, vanishing into the next realm with the final heart beat. But Laura’s death wasn’t like that.  It was a slow evolving process. Did it start on the day she went unconscious, or even 2 days earlier when she started to reach out to touch spirits we couldn’t see?  And where was the finishing point?  Two hours before she died I saw streams of energy – her soul? – emanating from the crown of her head.  And then for five hours after she had officially died I saw eddies of energy traverse her body as she settled into a peaceful beatific pose. But did it go on longer?

The Western way of death is so abrupt and so clinical. Although MSK kindly let me stay for 5 hours after Laura died, I so wish I could have stayed longer and tended to her. Once the relatives leave, the body is whisked away in a plastic bag and taken to the hospital basement like so much dirty laundry. I much prefer how other cultures like the Hindus care for their deceased. The body is taken home, surrounded with flowers, anointed with sandalwood, relatives bathe the body and children hold lighted sticks and sing hymns. A friend of mine got permission to take her mother’s body home. She lovingly bathed her and wrapped her in a beautiful piece of cloth.  Then friends came to pay their respects.  One built her a wood coffin, a simple labor of love.

Laura was beautiful in death and I feel sure that the Buddhists have it right that the deceased can still hear us (they say for 49 days, before the spirit moves on). Tibetan buddhists keep the body in the house and whisper spiritual instructions to it. Laura was cremated just two days after she died (at the request of a relative). I wonder did it cut or speed the transition of her soul?  It certainly felt like her energy suddenly vanished from this earth. Before then I had repeatedly smelled the odd perfume of her skin in our apartment and at her dear friend Reg’s apartment. Our computers spontaneously played songs (particularly Luther Vandross’s If this World Were Mine which popped up again unexpectedly the morning of Laura’s memorial). And I saw firefly-like lights everywhere, which felt like Laura and other souls flickering nearby.  I still see them from time to time, but nothing like the strong energetic presence of those first two days.