Lucie – The older I get the more time seems to have a mind of its own – days expand into what feels like a week,  years collapse into nothing.  The years wash some friends away, but leave others standing rock solid no matter how long the absence.  I haven’t seen my college friend Dave in over 20 years and yet we picked up the conversation this week in Santa Fe as if we were still at university together, sharing anecdotes and looking up at the stars. Dave is a quantum physicist and not given to flights of fantasy, so his experience of his father’s presence after he died is especially precious to me.

Dave –  ‘The Picuris Native Americans believe that the stars are the campfires of our departed loved ones.  My son Garret heard this story from a park ranger the year my dad died (when he was 8 years old) so he asked me which star was Grandpa’s. I said without hesitation that it had to be Mars, the brightest and reddest star in the sky.  As I said that, the International Space Station (which has been in orbit for 14 years and is continuously manned by both Russian and US astronauts) drifted by, just a few degrees from Mars, as if my Dad was agreeing with us.  My two sons were very impressed. About a year later, we were hiking in Bandalier in the dark. The boys were a bit spooked and started to cry. My youngest, Ian, wailed “I miss Grandpa.”  I gave him a hug and reminded him about the time that we had found Grandpa’s campfire.  We all looked up in the sky, and sure enough, there was the International Space Station drifting right overhead.  In 2006, a few days after my wife Dawn announced she wanted a divorce, all seemed dark and lost. I was on the verge of absolutely losing it and looked up at the night sky for some sort of relief and hope and there was ‘my Dad’ drifting by for me once again in my time of need.’ 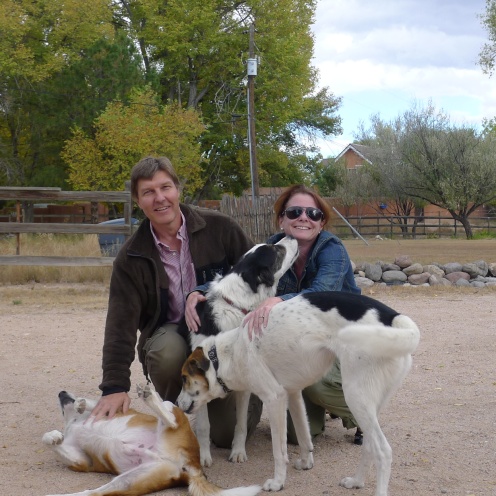