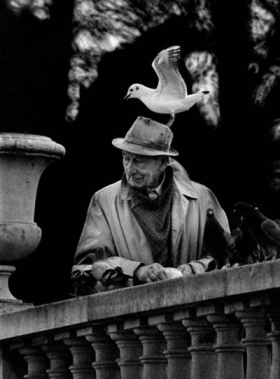 What if death isn’t the moment the heart stops?  What if the dying person is still undergoing a vital transformation and needs more time, before being carted off to the morgue or crematorium? According to Dutch cardiologist Pim Van Lommel and British neurologist Peter Fenwick, who both spoke at the New York Open Center’s Art of Dying conference, it can take anywhere up to 3 days after ‘clinical death’ for the body cells to die off and release our consciousness (or spirit). Dr Van Lommel explained: ‘You can culture neurons from a body up until 8 days after someone’s heart stops.’Meaning the body is still alive in some form.

For this reason, both doctors are against organ donation. ‘It has consequences for your consciousness if you transplant an organ. It is still related to the parent body,’ said Dr Fenwick (which may explain why some people, after receiving an organ transplant, report new personality traits). These two doctors believe the correct amount of time to wait after someone is pronounced officially dead and before you bury or cremate their body is 3 days to allow the consciousness to fully leave the cells (‘older cultures waited that long, or longer’ says Dr Van Lommel).

Intuitively I felt that something important was still going on after Laura was pronounced dead (see the post ‘Laura’s Passing’). I watched transfixed for five hours as eddies of energy coursed around her supposedly ‘dead’ body and as her face transformed from a pained grimace to something akin to a peaceful marble sculpture.  Dr Fenwick says:  ‘If you watch you can see the body emptying of consciousness.’   I also felt the next couple of days were very precious. Laura felt very close by up until her cremation. Twice I could smell her scent, once I  saw a column of light standing by the living room window (where Laura used to stand) and our computers spontaneously played our favorite songs.