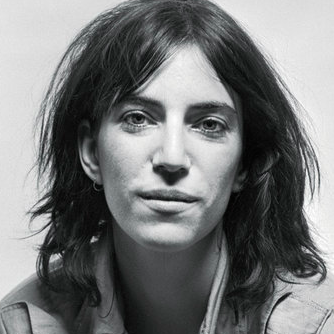 ‘My best friend died of leukemia when I was about seven or eight… Then, going through the death of Robert Mapplethorpe was so devastating and difficult. Our friendship was so deep, and his consciousness was so intertwined with mine .. that I knew he would still be with me when he died… I’ve learned from Robert since he died, argued with him, walked quietly and seen him sitting. Each person that passes away passes away differently, and your communication with them is different. With my brother, as I said in the film, it’s a feeling of love. Sometimes I’ll be sitting somewhere and I start laughing. I can’t even talk about him without laughing. He makes me laugh; he makes me smile. And each loss, whether it’s my husband or my parents, presents me with an unexpected, unique and different way to communicate with the dead as I go through life. There’s a certain beauty in that. It doesn’t take away the sorrow or the longing to see a person in his or her earthly state, but if we lose that possibility – the possibility of a person in his or her earthly state – there is still a multitude of other possibilities. Pasolini said that it is not that the dead do not speak, it’s just that we have forgotten how to listen. And that made a lot of sense to me. We have to just let go of our expectations and see how they talk to us. Each person we lose will speak to us, but in a different way. Sometimes it’s a flutter of feeling and sometimes they’ll bug you.