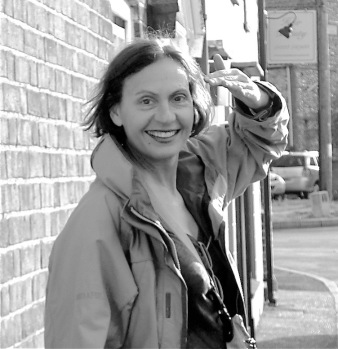 In England, one night, when I was talking to Laura, she said ‘It is time’. I thought at first she meant time for her to move on.  I felt a twang of pain at the thought of her absence. But now I think she meant it was time for me to move on, to head out into the world again and find a new path. It has been nearly two and a half years since her passing and it seems at last the pain of her loss has been transmuted into something else, something which I struggle to describe. There is a new found strength and ease within me, sometimes a state of grace and wonder. But best of all, I have an ongoing gentle companionship with Laura’s soul. At times I feel as if I carry two hearts within me.

‘Would Laura still be at my side?’ I wondered as I prepared to return to New York.  But no sooner had I arrived back home than I started to see huge white shapes, the size of a person, materialize opposite me on Laura’s favorite couch.  Over several hours one evening, a big life-size shape puffed up and disappeared again and again.  I wasn’t scared.  I was delighted.  Was Laura finally going to appear in a recognizable form?  I have longed to see her face since she passed.  But had she materialized even three months ago, it would have floored me, reactivating my loss and longing. But now I felt instead it would be delightful. Very evidently she is still here and I know now that she will be always. I have no idea where life will take me next, but I am ready for a new adventure. In fact, one has already begun, when I wasn’t looking (isn’t it always the way?). It’s the quiet little steps that you barely notice that lead you out of the woods and into a clearing.